A Weekend in Salzburg: Wine, Nosh and Local Haunts

Sound of Music and Mozart, anyone? Salzburg might have contributed much to the film and music industries, but if that’s where your mental image of the city starts to blur, we’re here to help shine a light on other must-dos, must-sees and must-haves. The Austrian city has so much to offer to discerning visitors. From cobblestoned high streets to hole-in-the-wall wine bars, there’s enough and more reason to block off a few hours any day.

Got a weekend in Salzburg with no plans yet? First, lucky you! Second, we’ve put together an itinerary that serves up the best in the city, from food to sights and everything in between. You’ll want to bookmark these spots on the Urbanaut app so you can hop from place to place at ease.

A Weekend in Salzburg

Wake up in: Arthotel Blaue Gans

What better way to kickstart a weekend in Salzburg than by waking up in the oldest inn in the city? The charismatic 660-year-old building may have contemporary interiors, but it’s a stone’s throw away from the city’s historic centre and wunderkind Mozart’s birthplace. Be warned, it’s right in the middle of the tourist street Getreidegasse, so you’ll be in the thick of it!

When in Salzburg, do as the locals do and grab your morning nosh at Café Fingerlos. Regulars at this popular haunt rave about the strudels, freshly baked croissants and quite possibly the best muesli. Some breakfast offerings are big enough for two, so go hungry!

This Salzburg icon commands stunning views, looming 540 metres over the Old City and the fortress. Follow the trail to Nonnberg Abbey, which featured prominently in the Sound of Music and is also the oldest nunnery in the German-speaking region (whichever fact tickles your fancy). You’ll pass the Hohensalzburg Fortress – the icon of the city and a must-do for first time visitors – so budget to spend at least 3-4 hours.

By this point, you’re probably famished, so we recommend you head to the Restaurant Brunnauer for lunch and a breather. One of Austria’s top chefs runs this restaurant in the historic Ceconi-Villa. You can expect sumptuous traditional Austrian fare made with locally-sourced ingredients. It’s usually pretty fancy, but they offer a reasonable lunch menu. Call ahead to book and make sure you mention if you have special dietary restrictions.

Kaslöchl sells some of the best cheese from within Austria and across the borders, perfect for an after-meal closer. If you’d rather have something sweet, Fabi’s serves up the best froyo in Salzburg. Either way, grab your goodies and head to the river-side to snack while you watch the world go by.

Evening activity: Stroll along the Getreidegasse

Walking down the high street in the Old Town is the best way to work off your lunch in time for, well, dinner. It is home to several international fashion brands and traditional boutiques.

Even if you’re not down to shop, the Getreidegasse is a must-visit if only for the old-school architecture and the deluge of elaborate guild signs. Even the McDonald’s outlet here has an old looking sign that makes it look quite legit and not the fast-food disaster chain we know it is.

If you want to experience an authentic local neighbourhood bar, this is it. The jazzy music that’s always on loop serves as the perfect background for fine wine and daily specials at this hole-in-the-rock wine bar. Though named after Mozart’s composition catalogue, the harmonious creations happen not at the piano, but in the kitchens.

Head to bed early for a fresh start the next day.

Breakfast at: Arthotel Blaue Gans and brunch board to-go from Paradoxon

Wake up early to get a headstart on the day and wolf down breakfast at the hotel. Blaue Gans is known for its made-to-order eggs and fresh coffee– just what you need to fight off any drowsiness.

We’d recommend going to Paradoxon, one of the few eateries open on Sundays, to get a brunch board to-go for lunch. Their brunch offerings are exemplary; head chef and owner Martin Kilga’s flavour combinations will blow your mind.

A hike (or railway trip) up the Schafberg Mountain will lead you to the mesmerising Fuschlsee, one of the many natural wonders dotted around in Salzburg. Head to the Hof side of the lake to avoid the crowds; consider renting a stand-up paddleboard for more adventures.

Pull out your Paradoxon brunch board for a late picnic by the sparkling lake waters after a rewarding hike. Head to the kiosks to stock up on refreshing drinks and buy ice creams for a post-lunch treat.

Head back into the city centre and rent a bike to pedal towards the Gossl im Gwandhaus. Gössl, one of Austria’s legendary folk-fashion makers, owns this stunning architectural marvel. It serves as a workshop, boutique and restaurant and as the well-known host of raging monthly after-work parties.

Steingasse is one of Salzburg’s oldest streets in the Old City and still holds on to its medieval charm even as the world modernises around it. The Engelwirtsbrunnen, a stunning marble fountain, rewards those who walk the entire length.

What better way to top off a day of exploring that with a bubbly prosecco? Bollicine is a local favourite for great wine and experimental cocktails in a laid-back atmosphere.

Dinner and drinks at: Hangar-7

It’s hard to say what the biggest crowd-puller in Hangar-7 is– the potent cocktails, the ever-mercurial Restaurant Ikarus menu, or the massive Flying Bulls fleet hanging around. Ikarus hosts a new guest chef from a different country each month, so you’ll never know what you’ll get until you get there. But if you’re less inclined to spend so much money, then just enjoy the exhibit and catch a drink or a snack at their regular restaurant. Suffice to say that ending your day at this outrageously ambitious (and Instagrammable) establishment is an unforgettable way to book-end a weekend in Salzburg.

Pro tip: Sights and restaurants close early in Salzburg, so it’s best to start your day as soon as possible.

Urbanaut contributors and Salzburg enthusiasts, SüD RLC, curated all of these spots– we’re just the messengers! They’re aces at creating and executing marketing strategies and, as it turns out, they’re just as fluent in ‘consumer’ as they are in ‘all things Salzburg’.

You’ll find all of these gems and more on the Urbanaut app to fill a weekend in Salzburg. So if you still find yourself with an hour to spare (we wonder how you managed that), close your eyes and pick a spot! 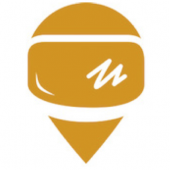 A Perfect Day in Mysore

The Best Beachside Spots in Goa

The Perfect itinerary for a Weekend in Jaipur